Fresh Bible Revelations about the Religion and Politics of the Past, Present, and Future 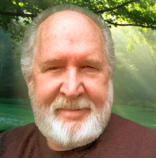 Xrayzr (pronounced eks-RAY'-zer) Revelations  is an organized and progressive presentation
of new, "liberal" and liberating concepts and insights about God, religion, politics, war and peace, good and evil, wisdom and inanity, and almost everything else. 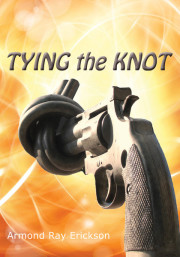 The World needs a new POPE

The World doesn’t need a new Pope — or “Pop”, or “Papa”, or Papacy. What the World needs now is a new POPE — a new Presentation Of Philosophical Enlightenment such as that which is exemplified in the new book TYING the KNOT.

Read liberating revelations that have been “hidden” in the traditional Messianic and Christian scriptures for 2,000 to 6,000 years. Enjoy cutting edge, controversial commentary reconciling both liberal and conservative views of Messianic Christian theology and illuminating its predictive relevance to current political and social conflicts. You won’t believe it — until you do believe it.

HOLY ACRIMONY!   Gay Marriage . . . Does GOD have a “straight” and narrow view of marriage?

On the Wrong Side of the Tracts — why Christian mini-leaflets fail to reveal "the Way, the Truth, and the Life"

Is All Scripture Inspired by GOD? . . . or has much of it “expired” and become unusable?

Are You Prepared for the "Second Coming" — of Elijah? . . . continuing the fulfillment of the promises of Malachi 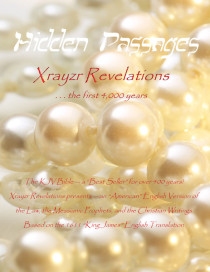 Hidden Passages  is a “Bible” unlike any other. Xrayzr Revelations presents an “American” English Version of the Law, the Messianic Prophets, and the Christian Writings based on the 1611 “King James” English translation.

All of the scriptures in this reference book were originally written during the first 4,000 years of Human History. That refers only to the first two-thirds of the 6,000 years of recorded Human History — not to the ages of Earth History which are recorded in miles-thick accumulations of stone strata covering our Globe.

The stratigraphic pre-historical records, and the written records revealing prophetic “pre-history” before it happens, are all in harmony within the scriptures of the Law, the Messianic Prophets, and the Christian Writings found in Hidden Passages.

You are encouraged to search for the hidden passages in this reference book that are like “pearls” of revealed knowledge. But be prepared to look through a lot of “dead scriptural oysters” before you discover the “pearls of wisdom”.

If you have been following my Twitter account @ArmonRaE, and my alternate account @XrayzrRev, you have seen where my focus has been since early 2014. If you are unfamiliar with Twitter, I encourage you to open a free account so you will have full access to the level of science and theology I’ve been presenting in thousands of “tweets” or postings. I target the childish unscientific beliefs of those atheists who continually reveal they know virtually nothing about true science or any form of theology in their often obscene Twitter rants against “religion”.

I continually ridicule the absurd theoretical claims of the handful of “scientists” they believe, and expose how senseless and illogical it is to substitute “bigbangism”, abiogenesis, and godless evolutionism for the SuperNatural Creator of all “physical” matter, powers, and life forms. And I usually do it with humorous snarky satire.

In regard to the U.S. political spectrum, I am anti-war and anti warmongering— the “selling” of war, and the literal global selling of military weaponry— which is usually fueled by the same paranoid fabrication of imaginary threats that form the basis of private “arsenalism”. I advocate more restrictions on private ownership of weapons. I believe there is abundant scientific proof that the dogmas of “globalwarmingism” are empty threats. I’m an advocate of legalized abortion rights, and legalized “gay”, or same-gender marriage.

On Twitter, I often provide links to and excerpt images of scientific literature and supporting presentations that appear here at xrayzrrevelations.com. Xrayzr promotes peaceful reform in all areas of human thought and behavior— especially in the realms of religion and government.

On this Xrayzr Revelations website you will find new understanding of traditional Messianic Christian theology and End-Time prophecy; fresh Bible revelations about the religion and politics of the past, present, and future; and politically corrective commentary interlaced with serious satire.

Xrayzr (pronounced eks-RAY'-zer) Revelations is an organized and progressive presentation of new, "liberal" and liberating concepts and insights about GOD, religion, politics, war and peace, good and evil, wisdom and inanity (foolishness)— and almost everything else.

If you don’t want to open a free Twitter account, you can probably see most of what you’ve been missing by going to https://twitter.com/ArmonRaE  Scroll down on the continuous Twitter time-line. Click on a picture, then CLICK AGAIN to get the “big picture”. Please read the following illustration of how to avoid missing the graphic “big picture”, and begin seeing the Messianic Christian BIG PICTURE that can save your life. 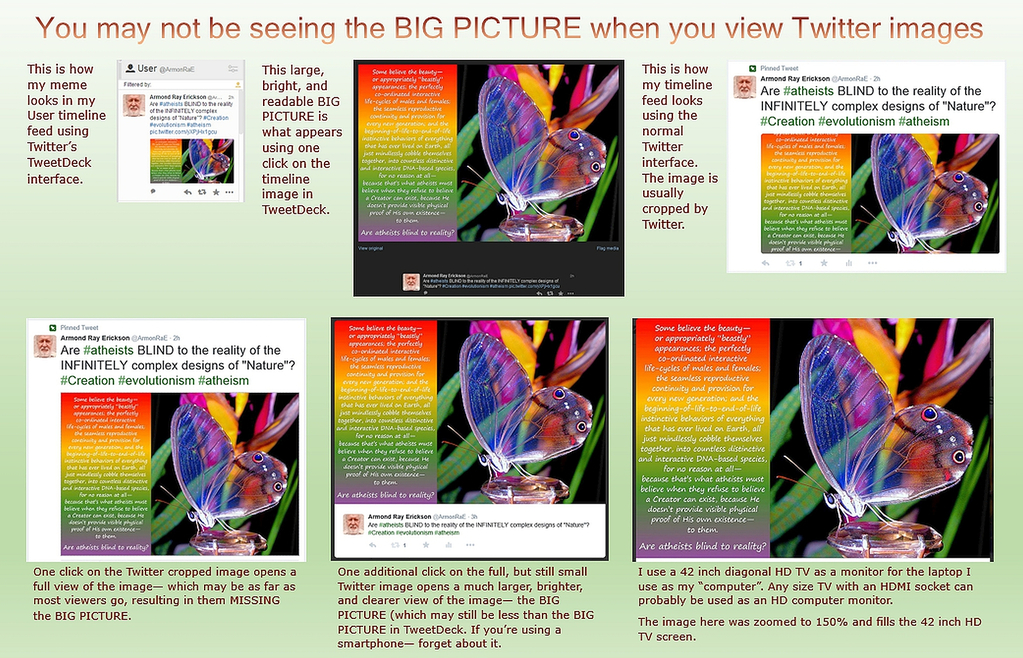 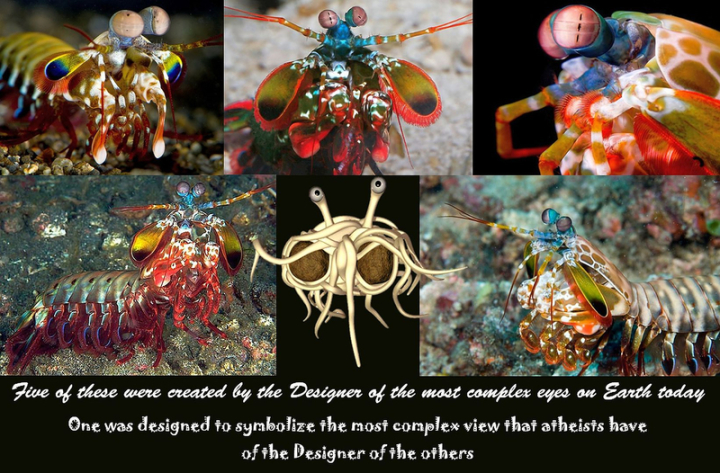 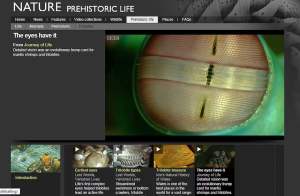 The Apoptosis of Mutant Evolution

"I was living in this state of depression. I was in my bed and unable to do anything,"

"And suddenly, I had the theory of eternally expanding inflationary universes, unceasingly producing new universes,"

"It was just pure, from nowhere,"

"Even if one tries to interpret our results in religious terms, I think that it would be such a waste of energy for 'God' not to use this way of creating a universe -- to take a milligram of matter and then the universe does the rest of the job by itself, producing infinite number of universes,"

10:25 It is easier for a camel to go through the eye of a needle, than for a rich man to enter into the Kingdom of GOD.

10:26 And they were astonished out of measure, saying among themselves, Who then can be saved?

10:27 And Jesus looking upon them says, With men it is impossible, but not with GOD; for with GOD all things are possible.

You may think it’s ridiculous to claim that it is easier for a huge camel to pass through the tiny eye of a needle, than for a GOD-less, wealth-hoarding man to enter into the Kingdom of GOD—especially if you believe that only the camel, the needle, and the man in the equation can exist.

Perhaps it would have been more believable to some if Jesus said . . .

It is easier for “Nothing” to spontaneously pack into a previously non-existent particle of “space-time”, smaller than a single atomic proton, the entirety of all energy, all matter, all dark energy, all dark matter, and all annihilated anti-matter which has ever existed in the Universe, and let it “instantly” “inflate” into self-generated “space-time” out to at least 13.8 billion light-years away from the current Earth location, in every direction—than for an atheistic cosmologist to enter into the Kingdom of GOD.

What Do You Think?

Do you have any insights that will improve, or disprove the extremely controversial content of Xrayzr Revelations?  Please express them within the unknown limits of the expandable suggestion box. 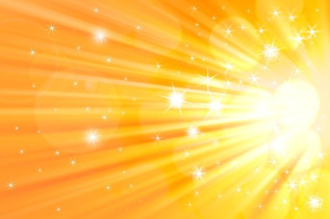 And they that are wise shall shine as the brightness of the day sky; and they that turn many to righteousness, as the stars — for ever and ever.